Heat stabilizers as additives for polymers increase the overall ability of the polymer to withstand the negative effects of exposure to heat/high temperatures. The choice of a heat stabilizer largely impacts the final desired physical properties as well as the processing method used to form the product. While heat stabilizers are widely used in PVC compounds. 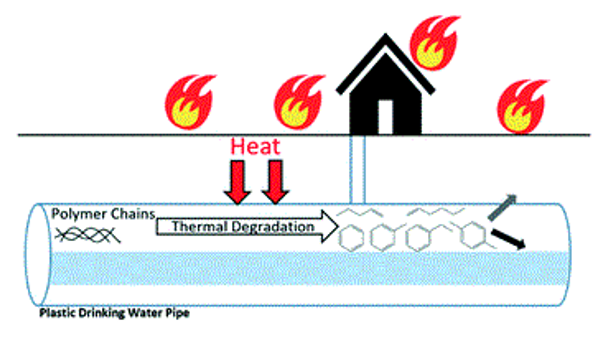 Fig 1. Degradation of polymers by heat

According to the structure of the heat stabilizers, the heat stabilizers can be classified as metal salts, organometallic compounds and nonmetallic organics. The category with its corresponding chemical composition and applications are listed in table 1.

Metallic salts, most commonly based on barium, cadmium, lead, or zinc, are often used together to obtain a synergistic effect. The mixed metal salts and soaps are generally prepared by a reaction of commercially available metal oxides or hydroxides with the desired C8–C18 carboxylic acids. Zinc (and cadmium) salts react with defect sites on polymer to displace the labile chloride atoms.

Organometallic compounds mainly based on tin. These compounds are all derivatives of tetravalent tin, Sn(IV), and all have either one or two alkyl groups covalently bonded directly to the tin atom. Many of the alkyl tin stabilizers are considered safe to use in almost every conceivable end use for polymer.

Since the early 1990s there has been a significant effort to reduce or eliminate most metals, particularly lead, from polymer heat stabilizers. This crusade was launched in the name of improving both human health and environmental effects from metals that leach from polymer products. They are typically based on phosphates, improving optical characteristics such as transparency, initial color, and light fastness.