Plasticizers are substances those are added to a material to make it softer and more flexible, to increase its plasticity, to decrease its viscosity, or to decrease friction during its handling in manufacture. 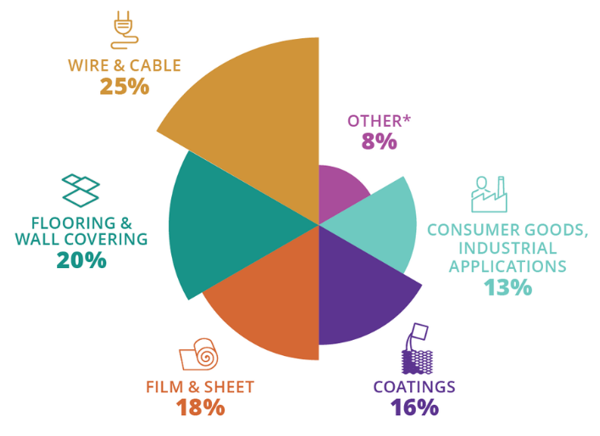 There are several general chemical families of plasticizers that are used for polymer modification. Among them, the most commonly used are listed below.

They are produced by esterification of phthalic anhydride or phthalic acid obtained by the oxidation of orthoxylene or naphthalene. Most commonly used phthalate plasticizers include: DEHP, DINP, DIDP.

These include chemicals such as glutarates, adipates, azelates and sebecates. They are made from aliphatic dibasic acids such as adipic acid and alcohols.

They are esterification products of benzoic acid and selected alcohols or diols.

They are formed by the reaction of many combinations of dicarboxylic acids and difunctional alcohols.

They are tetraesters, resulting from the reaction of one mole of citric acid with three moles of alcohol. Citric acid's lone hydroxyl group is acetylated.