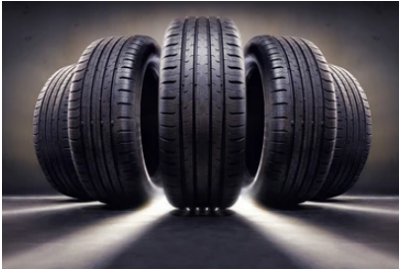 The classification of common vulcanization accelerators, in terms of their examples and speeds of vulcanization, is shown in Table 1.

Table 1. Classification of accelerators and their relative curing speeds

Thiazoles are some of the most widely used primary vulcanization accelerators. They have improved scorch safety and allow for cure at quite high temperatures with short curing time and broad vulcanization plateau.

Sulfenamides are very popular primary accelerators. They can be synthesized by the reaction of 2-mercaptobenzothiazole with simple amines such as cycloheylamine or tert-butylamine. They are often used in combination with small amounts of basic secondary accelerators like diphenyl guanidine (DPG), diorthotolyl guanidine (DOTG) or tetramethylthiuram mono or disulfide (TMTM, TMTD).

Guanidines are condensation products of aromatic amines (aniline) and carbondisulfide with subsequent substitution of the thione functionality (>C=S) for a primary ketimine group (>C=NH). The only two guanidines that are used on a commercial scale in vulcanization accelerators are diphenyl guanidine (DPG) and N, N'-diorthotolyl guanidine (DOTG). Guanidines are not recommended for light colored goods because they cause a brown discoloration.

Thiourea are ultrafast primary or secondary accelerators. Some commercially important thioureas include ethylene thiourea (ETU), dipentamethylene thiourea (DPTU), and dibutyl thiourea (DBTU). They are mainly used for the vulcanization of chloroprene rubbers.

Thiurams are very fast and effective sulfur cure accelerators. They can be used for all common unsaturated rubbers. Like some sulfenamides, most thiurams have two or more sulfur atoms in the sulfur bridge. These compounds not only function as accelerators but also act as sulfur donors, i.e., allow for "sulfur-less" cure.

Dithiocarbamates are ultra-fast accelerators that have virtually no induction time. Thus, when used as primary accelerators, retarders are usually added to avoid scorch. They also require initators for activation such as zinc oxide / fatty acid.